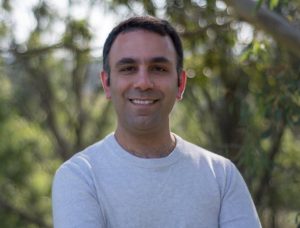 Farzad is from Tabriz, Iran. He received his BS in Mechanical Engineering from the University of Tabriz in 2007 and masters degree from Sharif University of Technology in 2010. Farzad joined the R&D department of the Turbo-compressor Manufacturing Group (TCMFG), where he contributed to the design of multi-stage, dynamic compressors. In 2012, he joined the Thermodynamics laboratory of the University of Melbourne to pursue his doctorate degree under Prof. Michael Brear. His PhD involved substantial experimental, theoretical and numerical work, and was concerned with fundamental aspects of direct injection in modern IC engines. He examined the effect of fuel supercriticality on spray formation and the influence of fuel rail and chamber conditions on the dynamics of multi-plume fuel injection. Farzad also collaborated with MoTeC Pty Ltd (Australia), where he successfully developed and implemented an auto-calibration algorithm for diesel fuel injectors to achieve a more accurate fuel metering. His current research is focused on understanding the physics of liquid fuel breakup and spray formation in the context of compression ignition engines using advanced optical diagnostics. Learn more.